We are sad to announce that we had to put Simone to sleep on September 24, 2021 at the age of 15 years due to complications from diabetes.

Simone came to us as a stray in the fall of 2006. We called her Snicker, which is short for snickerdoodle because her coat color was like the snickerdoodle cookie. We let her come and go out of our garage until we finally let her in the house in January of 2007. Snicker was known for her big eyes. 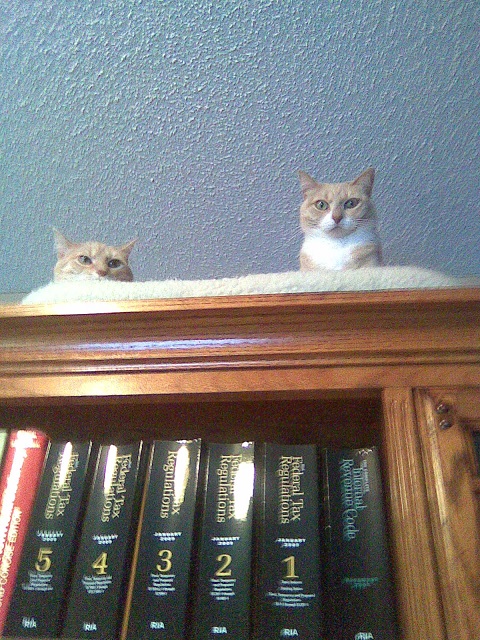 This is a picture of Mia and Snicker looking down over my work. It is always a good idea to have someone look over your taxes before sending it to the IRS.

Snicker also thought she was a dog. She liked to play fetch. The video above from 2007 shows how she liked to run after a sponge ball and bring it back for another throw. It was cute to see her hook it on her fang as she brought it back.

In her later years she developed diabetes. She lived for several years with insulin shots twice a day. That eventually led to weight gain and neuropathy.

She was a good natured cat, mild, and friendly. It is always hard to let someone you love go. Simone was a very sweet and loving member of our family and will be greatly missed. 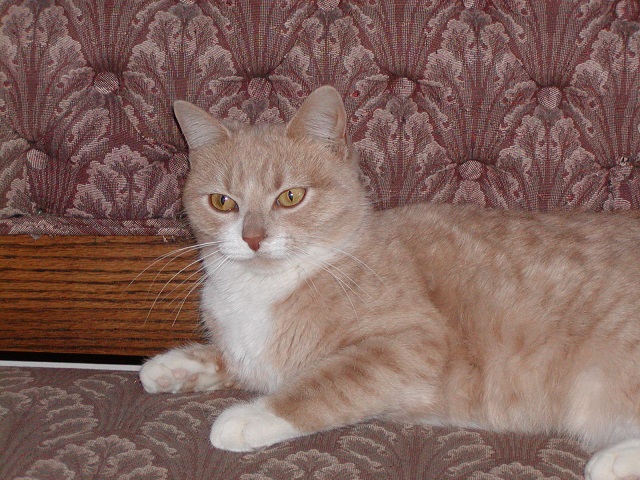 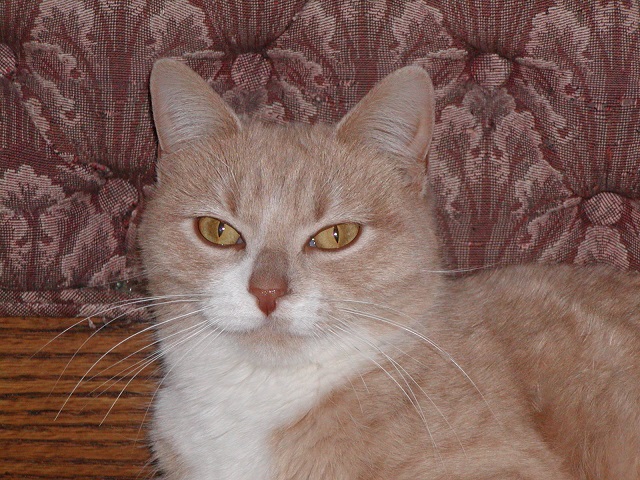 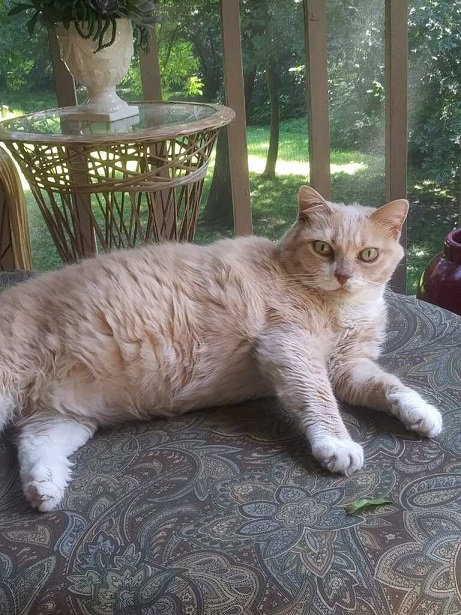